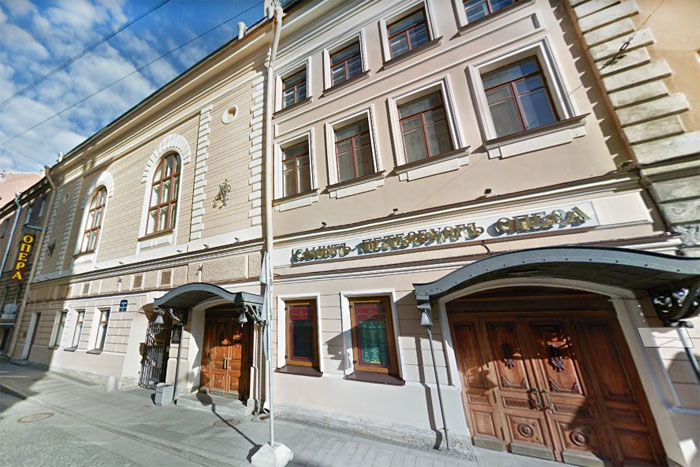 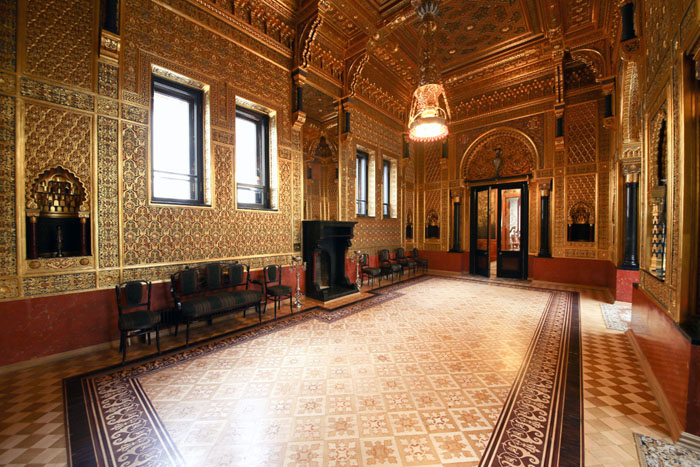 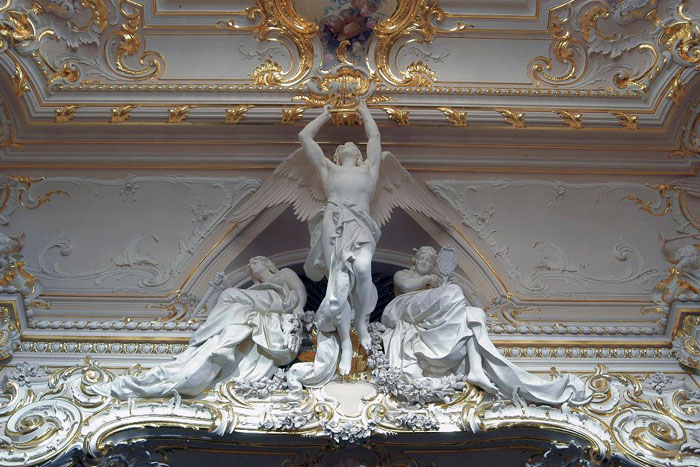 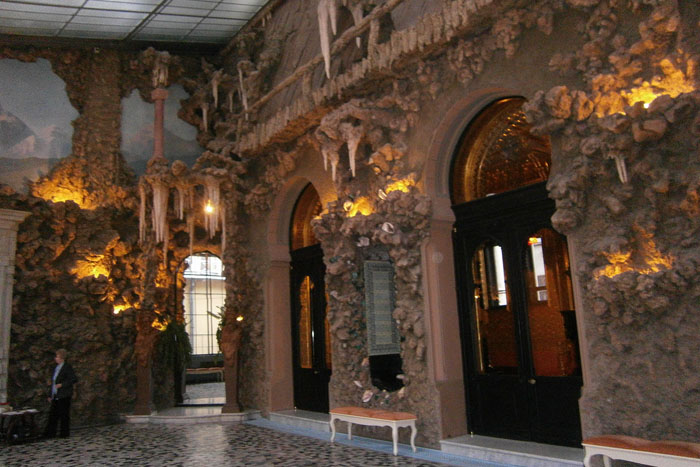 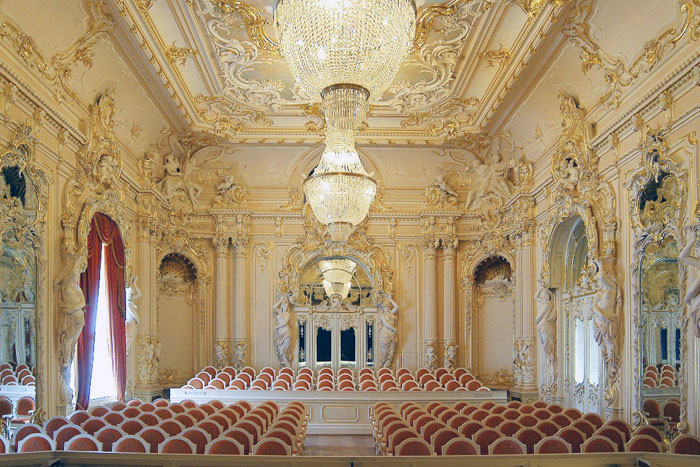 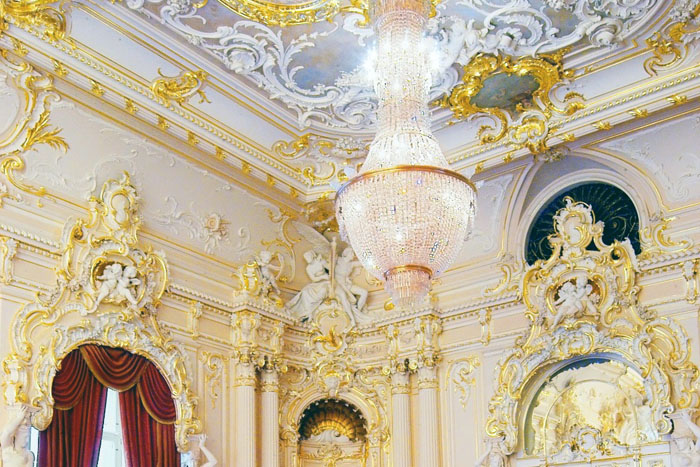 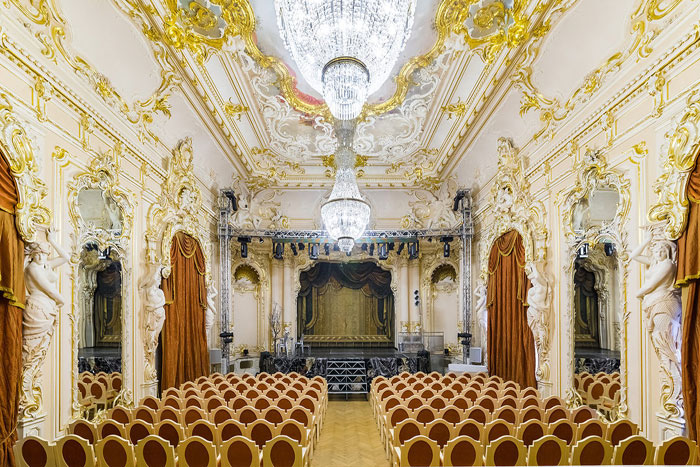 The State Chamber Music Theater "Saint-Petersburg Opera" created by director Yuri Alexandrov in 1987 is currently one of the most prestigious theatres of Russia. Its performances are annually nominated to most prestigious Russian awards, The Golden Mask and The Golden Spotlight. 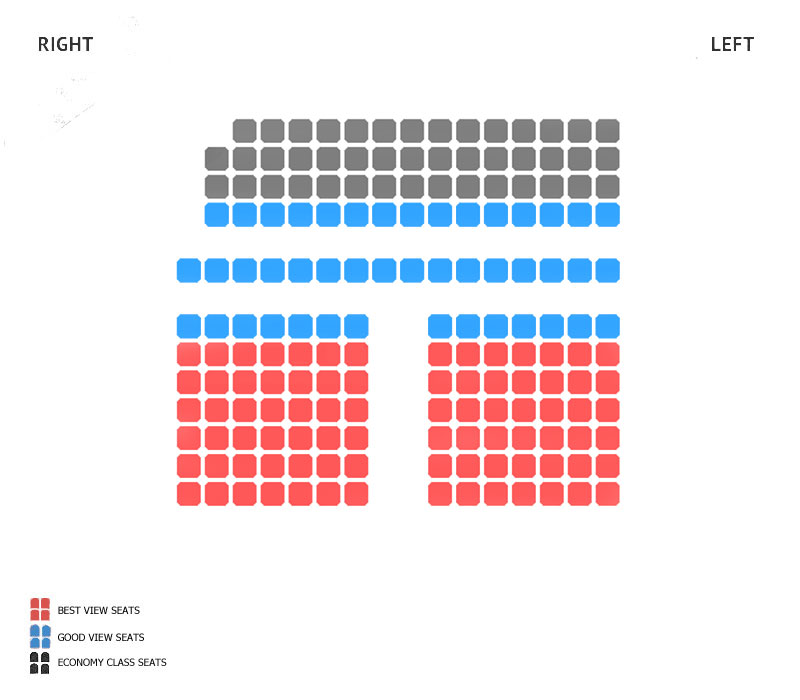 My theatre is for actors

The Chamber Music Theater was opened to public in 1987. The founder of the theater was a music director who won the fame of an innovator of opera, Honored Artist of Russia, laureate of the National Theater Award "Golden Mask", "Golden Sofit" Yuri Alexandrov. Over time, "Staint Petersburg Opera", as it was planned in advance, became a professional State theater. "Saint Petersburg Opera" has repeatedly performed at various festivals and concerts, toured the world (tours in Finland, Switzerland, Germany, the USA, Moscow, many cities of Russia).

The repertoire of "St. Petersburg Opera" presents the whole palette of genres of opera art - from comic opera, opera buff to musical dramas, including operas by contemporary authors: "The game about Robin and Marion" by Adam de la Ala, "The Falcon" by Bortnyansky, "White Rose" by Zimmerman, "I Believe" by Piguzov, Smolkova's "Piebald Dog Running the Edge of the Sea", "The Fifth Journey" by Smelkova, "The Bell", "Rita" by Donizetti, "Eugene Onegin" by Tchaikovsky, "Boris Godunov" by Mussorgsky (in 1996 nominated for the National Theater Award "Golden Mask"), "The player and - 1942 »Shostakovich (in 1997 he was awarded the Higher Theater Award of St. Petersburg" Golden Soffit "in the nomination" Best Director's work in the musical theater ".

History of the building

The Saint Petersburg Opera Theatre is housed in a small cozy mansion house which belonged to Baron Sergei Pavlovich von Derviz at the end of the 19th century.
The history of the mansion saw several stages. It has been von Derviz home theater and performance venue of Vsevolod Meyerhold, a Soviet-era community centre and the theatre of Yuri Alexandrov.
Originally the mansion was owned by Artemy Volynsky, a famous statesman of the first half of the 18th century.
For some time the house belonged to merchants Schneider and Balabin and later to Prince Repin.
In 1883, a young Baron, Sergei von Derviz hired the architect Peter Schreiber to rebuild the building into an impressive palace of the modern era. The architect rebuilt the house, paying special attention to the interior where the modern style intermingles with the Empire style and Elizabethan Baroque mixes with Classicism, suddenly disappearing in the luxury of splendid Moorish style.
In 1902 two more floors were added to the building from the side of the river, so the property did not look like a mansion any more. In 1909 the house in Galernaya street together with part of the building on the English Embankment was partially reconstructed with the project designed by the architect A. Maksimov and this image has remained until now.
After the revolution of 1917, the mansion was plundered and was used for various purposes in the following years. At first it hosed a Bolshevik party District Committee, then the Metalworkers’ trade union and the Estonian House of Education. In 1946 the rooms overlooking the Galernaya street were given to the club of the Admiraltesky shipyard workers.
For years, the mansion was languishing, only by some being able to preserve a part of its unique interiors.
In 1998 the building was given to The Staint Petersburg Chamber Opera, the State Chamber Music Theatre.

The dress code: formal style. During the cold season (autumn, winter, early spring) remember about a possible snow and rain outside, that’s why don’t forget to take shoes to change and to leave your coat and hat in the cloakroom.

How to get and when to visit

The Saint-Petersburg Opera Theatre is situated in the city center, close to the River Neva at Galernaya st., 33. It’s very easy to get there by walking along the beautiful streets of Saint Petersburg, by underground (Admiralteyskaya station, 15 minute walk, Sadovaya, Sennaya, Spasskaya) or by taxi if your hotel is situated far away from the city center.  Beside we’ll gladly organize a transfer for you from the hotel or from your cruise ship.
The place is worth visiting every time of the year. Summer time-is a high season. In winter there are New year’s performance are shown also. Generally the time May-July is considered the most romantic and nice time for visiting because apart from the precious performance you can enjoy wonderful White Nights of Saint Petersburg!

We have the best prices, the best offers, take advantage to get the best seats in one of the best opera theatre of Saint Petersburg!