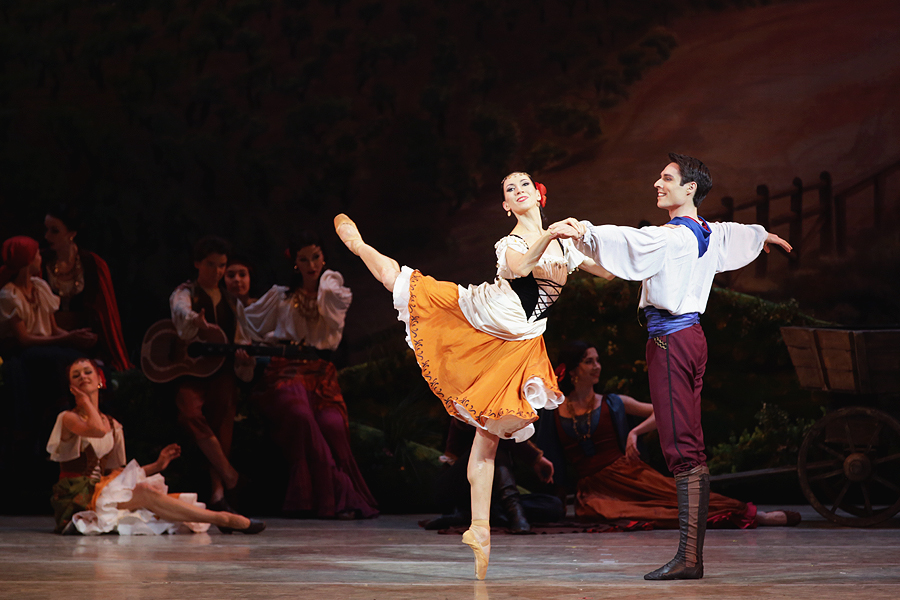 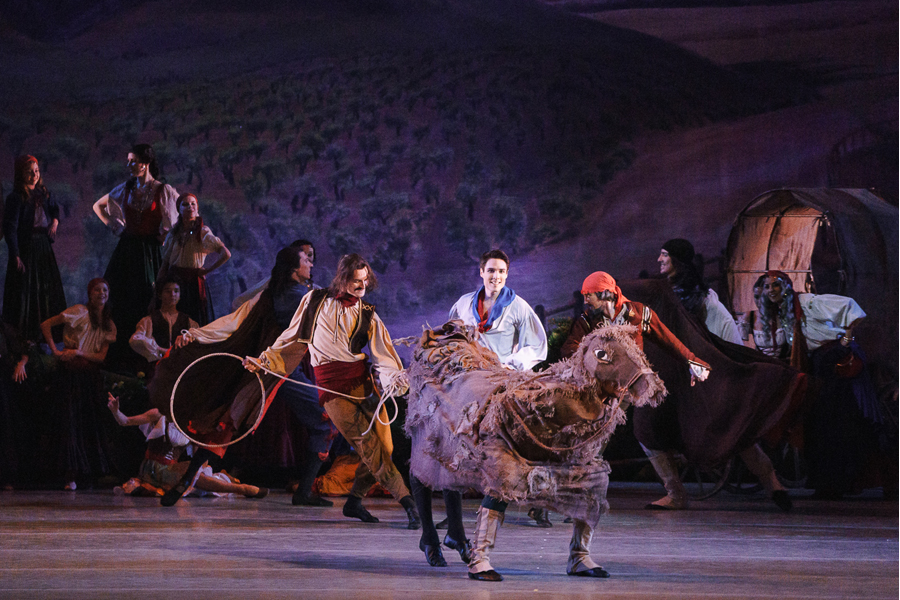 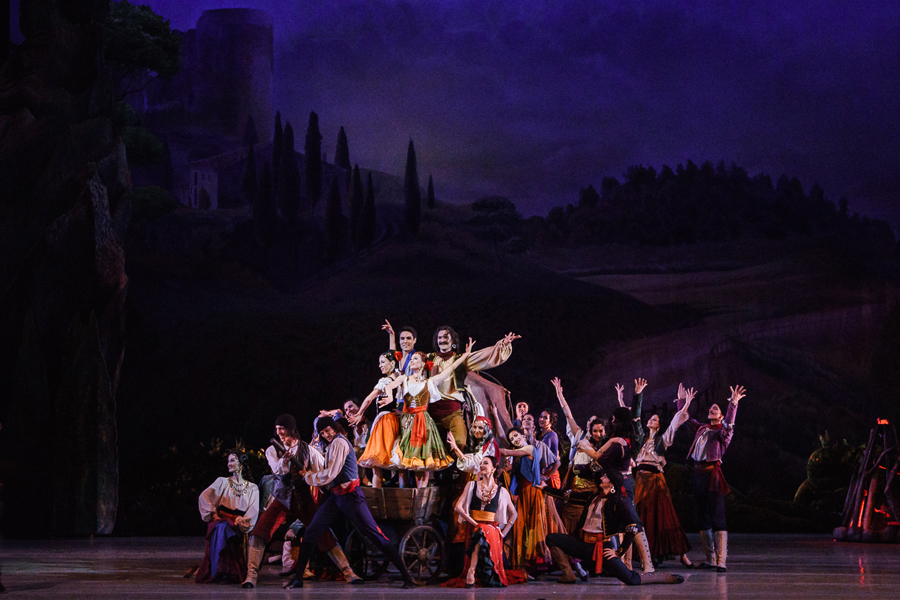 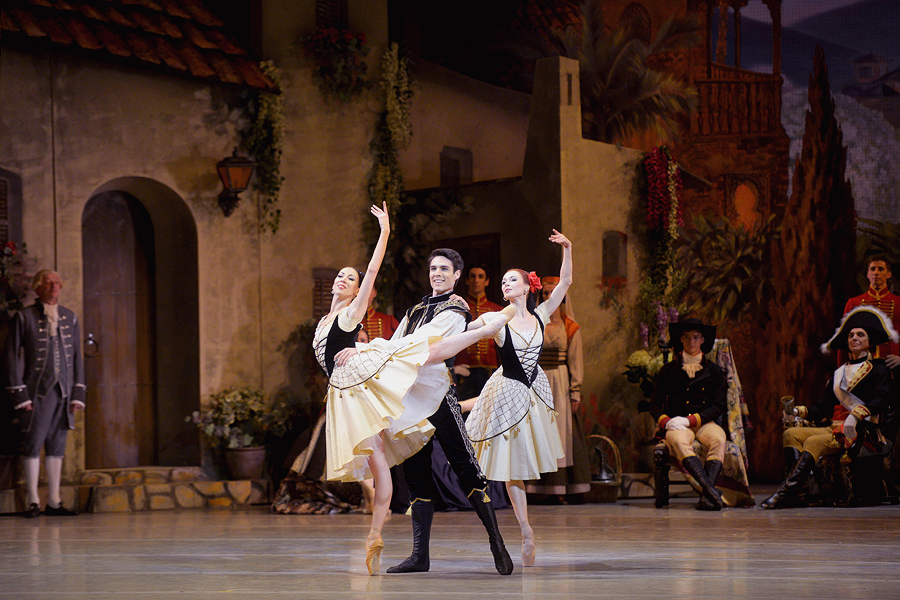 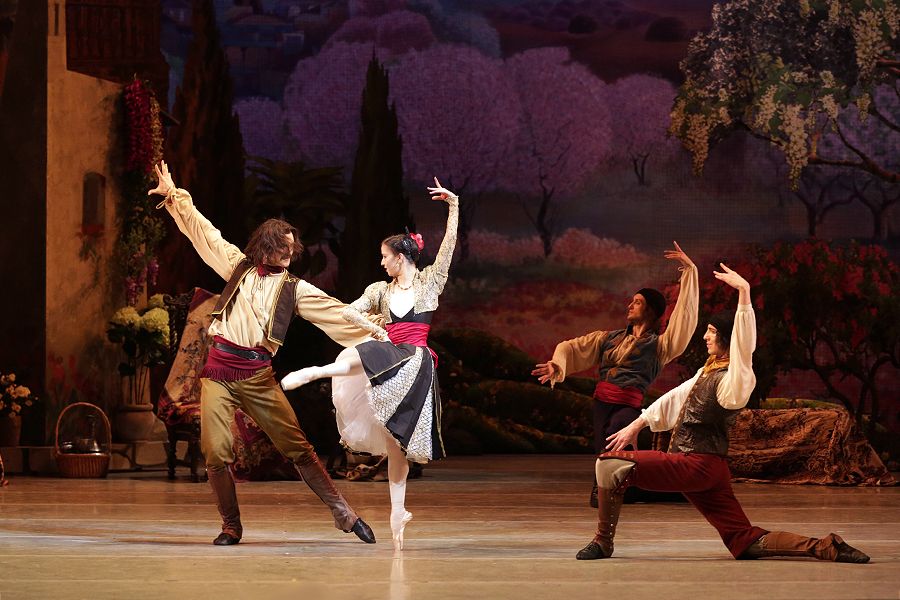 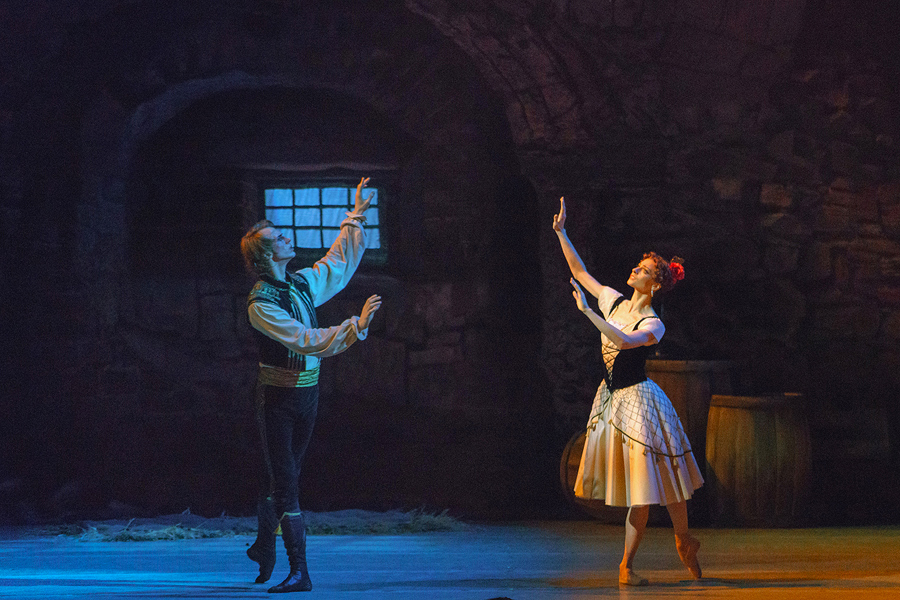 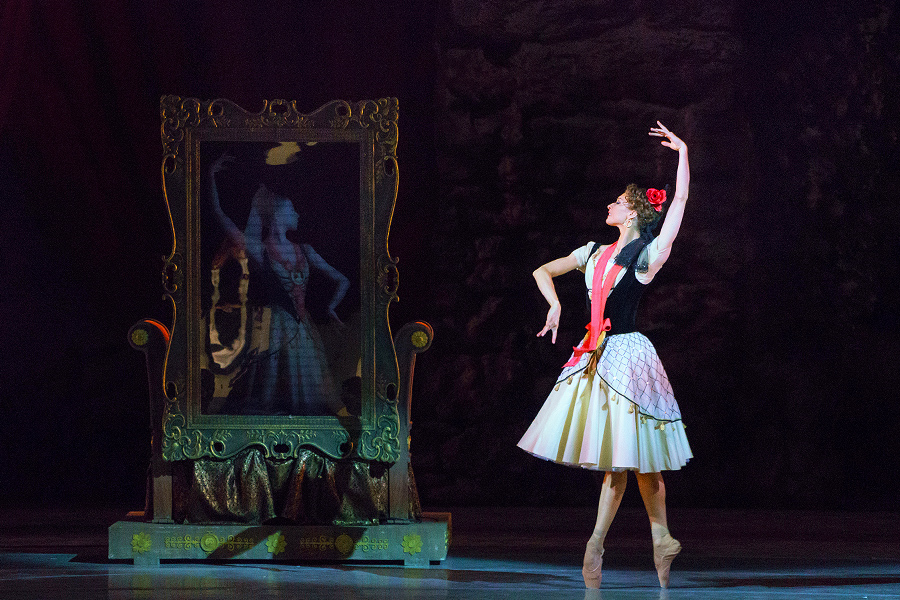 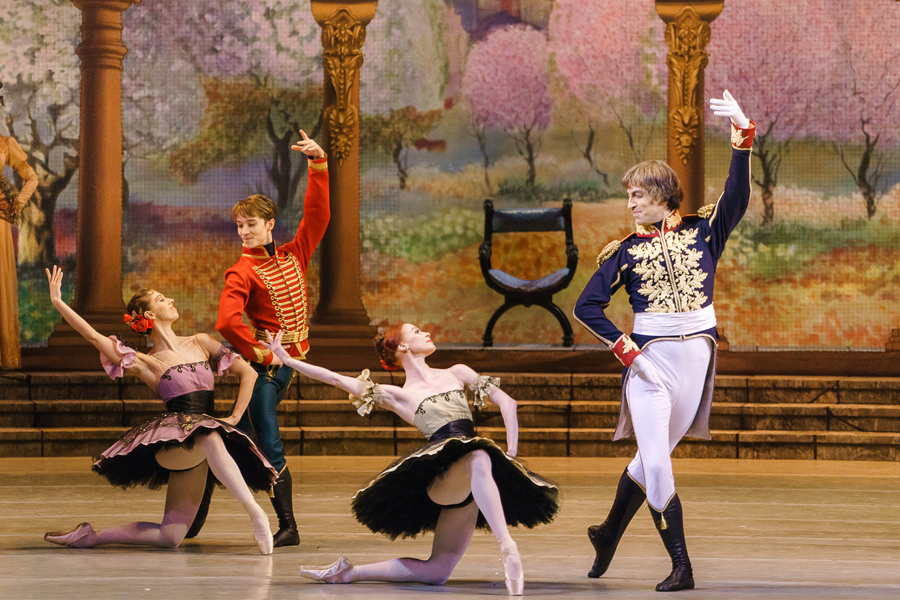 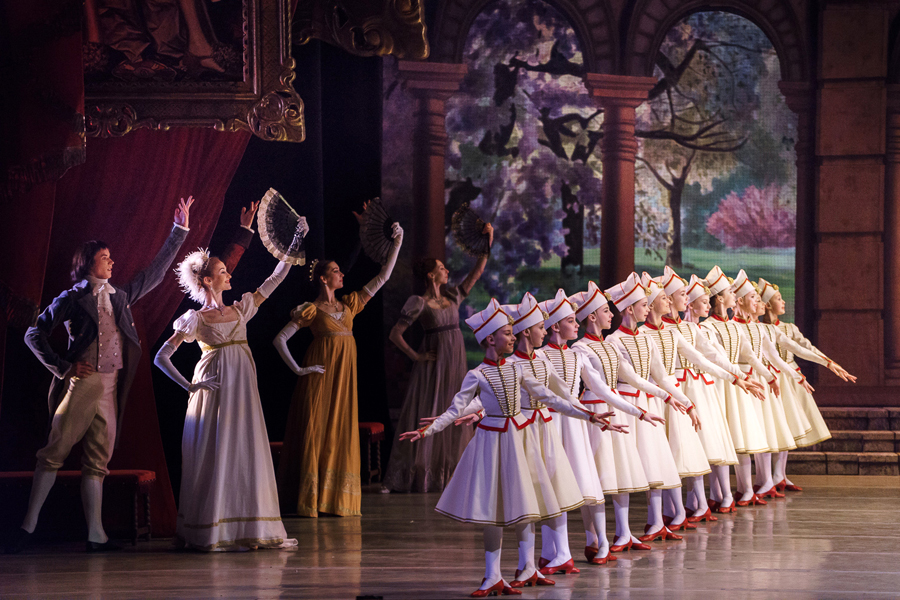 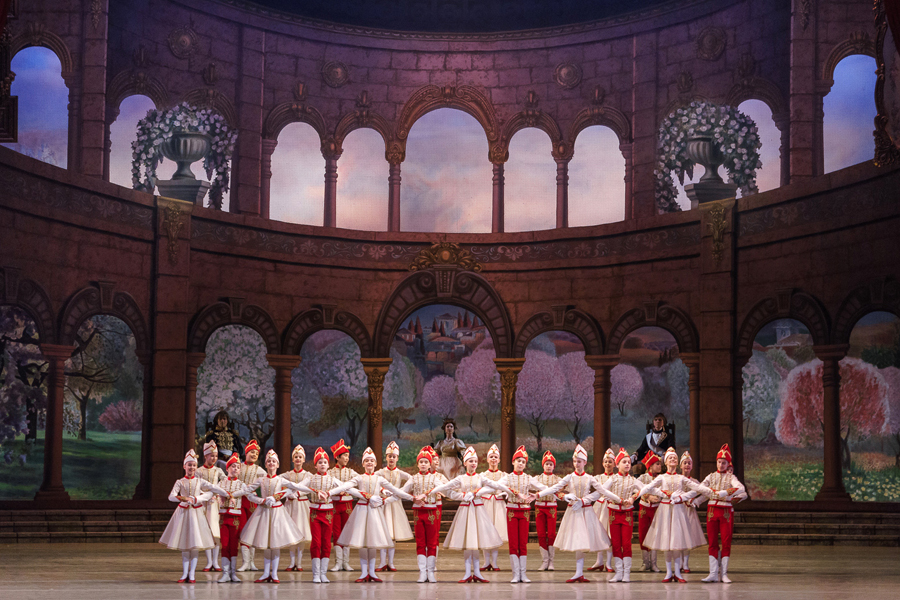 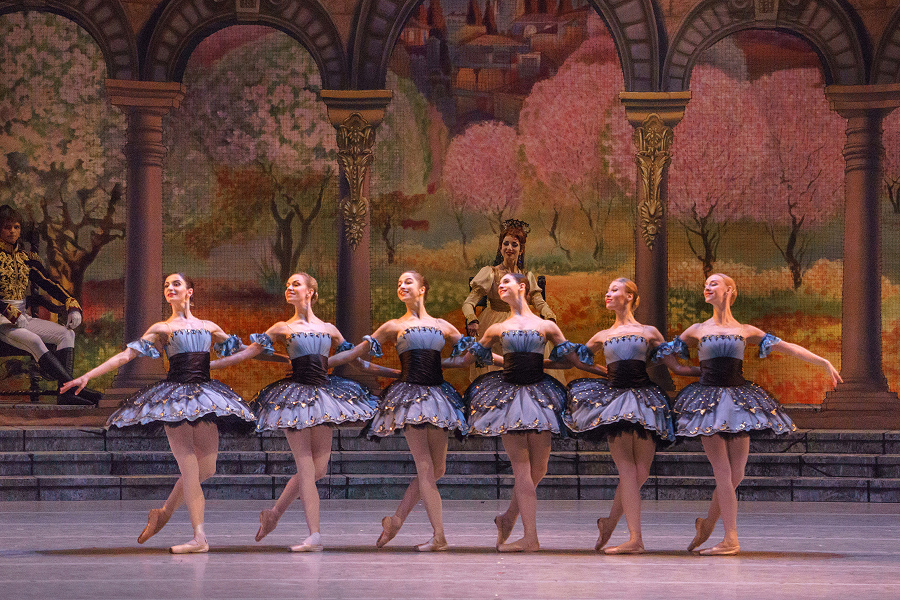 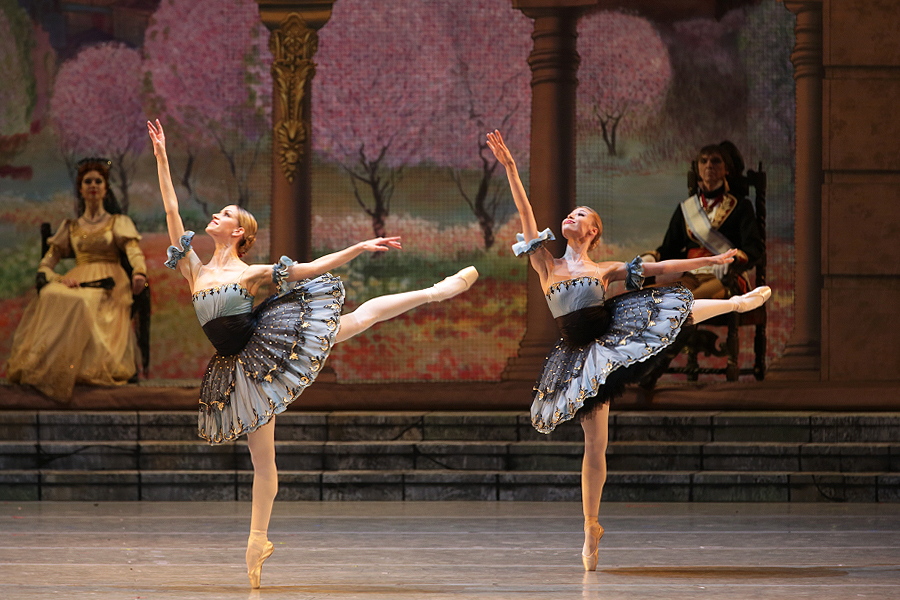 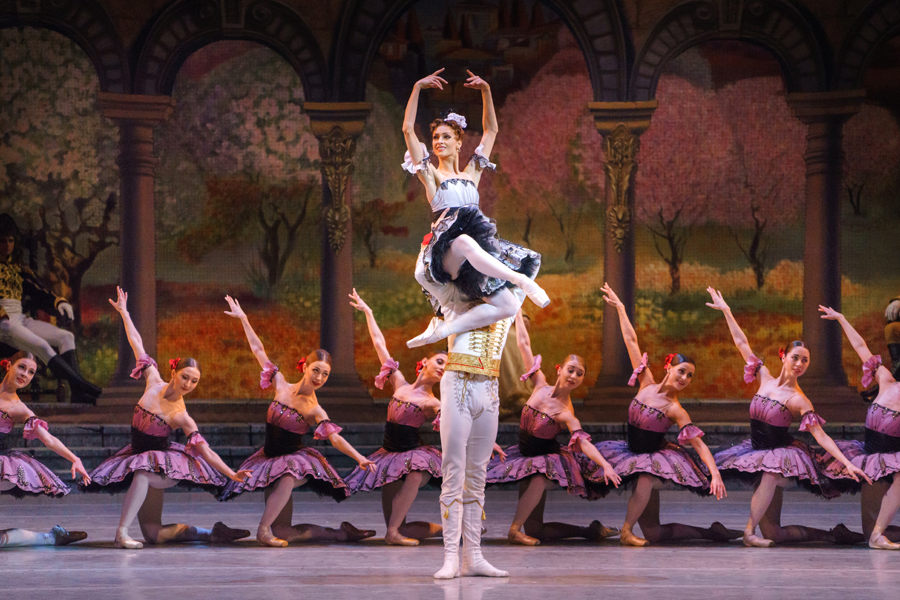 Continuing to revive titles that are significant for the playbill of St Petersburg ballet, the Mariinsky Theatre is presenting a new version of Paquita. This is not a revival of the 19th century production, created in Paris by the ballet-master Joseph Mazilier and which was performed in St Petersburg from 1847 with choreography by Marius Petipa. Choreographer Yuri Smekalov is working on a new three-act ballet using his own libretto based on the plot of the novella La gitanilla by Cervantes. The basis of the score of the new ballet comprises music by Édouard Deldevez that was composed for the Paris premiere of Paquita in 1846. Yet today this one-and-a-half-century-old opus will sound different: the order of the numbers has changed, several of them have been re-orchestrated and, moreover, Deldevez' score has been added to by excerpts from works by Minkus and Drigo. The famous wedding Grand pas staged by Marius Petipa to music by Minkus, which triumphantly crowned the plot of the St Petersburg production, will occupy its place of honour in the new ballet, too. This parade of classical dance that demonstrates the skill of the corps de ballet and the virtuoso qualities of the ballerina and the soloists appeared in the 1881 production, and as an independent piece, unconnected with the ballet's plot, it has survived to this day. It is true that over the decades Petipa's choreographic text has undergone many changes. In the contemporary Paquita, the Grand pas will be included in a version brought close to the historic original – Yuri Burlaka is reviving Petipa's choreography using surviving records of the production from the early 20th century. The new ballet, which combines dances and scenes created by Yuri Smekalov, together with historic rarities, will be a hommage to the golden age of classical ballet, a mark of respect and gratitude of the new ballet generation to the aesthetics of the unsurpassed master of classicism – Marius Petipa.

Prologue
Gypsies steal a jewelry chest with a family medallion from the corregidor’s house, along with his baby daughter. They intend to train the noble parents’ child as a street dancer to earn money.

Act I
Madrid city square
Señors, ladies, merchants, and peasants, admire young gypsy girls dancing. Beautiful Paquita pleases everyone. Clemente, the corregidor’s secretary, asks her to perform the love sonnet he wrote, but Paquita rejects the poet's fervent confessions. The viewers enthusiastically applaud the girl’s talent while the old gypsy woman collects the money she has earned. Officers appear along with caballero Francisco de Cárcamo and his son Andrés. Unable to take his eyes off the beautiful gypsy girl, he confesses his love to her. Paquita asks the young man to prove his love: he must travel with the gypsies for two years, so that she could test his feelings and, perhaps, accept his proposal. The enamoured caballero agrees to change the officer's uniform for gypsy clothes and leaves with the gypsies.

Gypsy camp
The gypsies teach Andrés their customs. The young caballero gladly explores every delight of his new life. Deep passion arises between Paquita and Andrés. The old gypsy man sends his people to earn some money.

Act II
A rich widow’s inn
The widow invites gypsies to dispel her sorrows and entertain her noble guests, including the corregidor with their dances and songs. Carducha, the widow’s daughter, gets fascinated by the dances of the young gypsy man and obsessed with passion. Secretly, she confesses her feelings to Andres, but he rejects her, for his heart belongs to another girl. The insulted Carducha conceives vengeance: she plants the family silver into the gypsy cart.
The old gypsy woman says goodbye to the hostess. But Carducha insists that the artists' things must be searched before they leave. Despite the excellent performance, the reputation of the gypsy is not flawless. In the cart, the servants discover the stolen valuables and a jewelry chest that seems familiar to the corregidor. Officers detain the disguised caballero, and one of the guardians of the law deals Andrés a slap in the face. Unable to withstand the insult, the caballero snatches the sword from the officer and, amidst the brawl, wounds the offender mortally. The corregidor, who witnessed the murder, orders that the young man be arrested immediately. Paquita, who tried to defend her lover, also gets arrested.

The prison
Andrés and Paquita are in jail. In their thoughts, they are saying farewell to each other and to their lives. The jailers chain Andrés, while the corregidor orders that Paquita and the old woman be brought to his house.

The corregidor’s house
The corregidor shows the jewelry chest that was found in the gypsy cart to his wife, Doña Guiomar. She notices that the medallion stored in it is absolutely similar to the one depicted in the portrait of her long-lost baby daughter. The old gypsy woman remembers that it was from this house that she kidnapped a little girl years ago. All doubts are dispelled: Paquita is the daughter of the corregidor and Doña Guiomar. Paquita begs them to pardon Andrés.

Act III
The prison
The corregidor asks Andrés to prove his noble origin. The caballero responds with a noble dance, wondering how his secret was revealed. The corregidor tells everyone about the happy finding of his lost daughter. The priest blesses the young couple.

The corregidor‘s house
Numerous guests arrive to celebrate the wedding of Paquita and Andrés, including the groom’s father Francisco de Cárcamo, officers, gypsies and bridesmaids. Everyone congratulates the newlyweds.